How To Build An ePub eBook Library For Your iPad

As everyone’s anticipation to own an iPad increases, I’ve discovered that some Mac owners have never dipped into the ePub eBook pool.

This post is a brief guide to building a library of DRM-free and legally-free ePub eBooks.

END_OF_DOCUMENT_TOKEN_TO_BE_REPLACED

That’s what I surmise from a list of iPhone OS 3.2 SDK features listed over at Engadget.

I understand the need for a dictionary for Pages. That’s necessary for spellcheck.

But with a dictionary baked in the OS anyway, adding dictionary word lookup to iBooks wouldn’t be a difficult thing.

Models of the Sony Reader with dictionary word lookup use New Oxford American Dictionary and Oxford Dictionary of English.

I don’t know if that will help eCrap ePub any. I suspect it’s more for a future use. 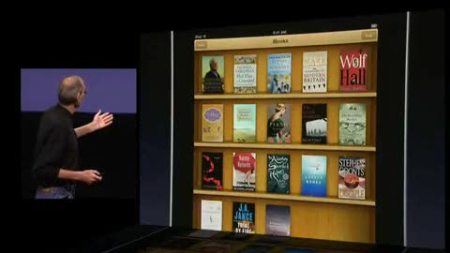 END_OF_DOCUMENT_TOKEN_TO_BE_REPLACED

Sherlock Holmes would call this a two or even three pipe problem.

I understand what Apple is doing with ePub. That bit is now all clear to me and I’ll post about that later.

But there are too many bits here I don’t understand at all.

The Stevenote video hasn’t been posted at Apple yet. I had to rely on a faulty live audio feed today that took up so much of this crap PC’s CPU that I couldn’t even monitor live blogs at the same time.

So, there are many gaps in my knowledge of what took place today.

But still, looking over Apple’s site, something is really bugging me.

This iPad isn’t finished. Something is missing. Something more is coming.

And there’s going to be another Apple event before this goes on sale.

I need to think about this. Another post tomorrow.

iBooks: I Am Not Happy

This is all wrong.

But for now: No. This is all wrong.

Archos To Do Seven-Inch Android Mini-Tablet

I was waiting for this shoe to drop! 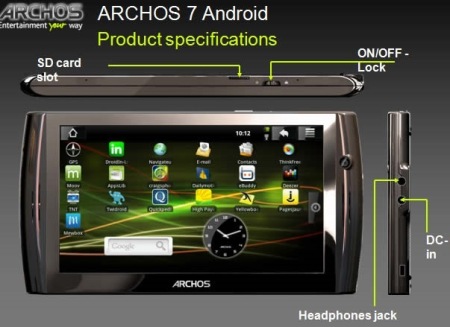 Right now, it’s only a rumor.

But Archos has had a seven-inch mini-tablet for some time. It’s a frikkin beast — a metal-clad brick.

END_OF_DOCUMENT_TOKEN_TO_BE_REPLACED

I’d really like to know what frikkin world print publishing lives in.

Because I live in one in which most people cannot afford to buy everything they’d like to have.

I don’t think there is a single real writer out there who cannot sympathize with a reader who wants to read a book but cannot afford it.

That’s what public libraries are for.

But my fellow writers who will never enter the Gates of Hell known as traditional publishing and those who free themselves from its parasitic grip, will most likely offer digital books that won’t be available to borrow in a public library.

Do you want to turn that reader temporarily short of disposable income into a thief?

There are some books, for whatever reason, a person feels he or she must have. It could be to distract them from their current woes by reading a work from a writer whose books they’ve bought in the past but can’t right now not afford. It could be a book with practical instructions to help escape a dire situation. It could be advice, motivation, whatever.

The point is, don’t create a pirate.

Remember the times you were behind in your bills, the time you wanted something, the time when life had its fingers around your neck and was squeezing hard and you could have used a break.

But for god’s sake, also offer an “I.O.U.” button. One that allows a fan of yours — a potential lifelong reader — a chance at some dignity. Something that says, “Look, I understand how it can be. You need this now, but remember to pay me later when it’s better for you.”

This is your way to not be like Them.

February 7, 2010 Update: Buy Now, Pay Later (Maybe With Your Allowance) This Is Big. I’d like to see them extend it to self-hosted WordPress blogs and others (if they can get it offered by WordPress.COM — my free host — that’d be magnificent!), so writers can immediately incorporate it. It’s brilliant. I’m not sure how the Scoring works, but if it could be worked out for purchasers to set the time limit, that’d be excellent. I noticed on their Publishers contact page they ask for the size of the audience. This is backwards. PayPal didn’t ask people for their number of friends when it began. And it spread like a contagion. I’d like to see Kwedit spread that way too. It’d take everything to the next level for writers — and, in fact, for everybody.