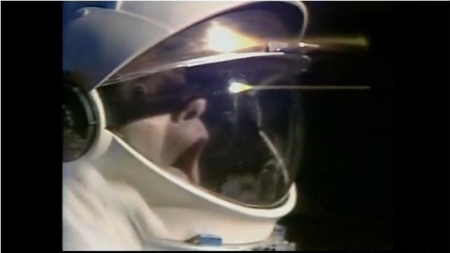 Star Cops is a series I’ve mentioned in all my blogs (see end of post).

It’s an excellent SF series from the late 1980s. Rarely seen in the U.S. and never released in America on DVD.

It was created by Chris Boucher, who took over Blake’s 7 from that series’ creator, Terry Nation. It’s really the first adult SF series, attempting to do real adults in real space. No silly ray guns or monsters. And it’s thoughtful SF, moving at a deliberate pace.

Some of the highlights to watch for in the series are desktop touchscreen computers:

The only way it can be seen outside of the U.K. is via piracy, which is really an absolute disgrace.

Someone has posted the entire series up on YouTube. Run there and watch it. This is a gorgeous transfer from the U.K. DVDs.

First part of episode one after the break to get you started.

This entry was posted on Sunday, January 24th, 2010 at 6:18 pm and is filed under Apple, Video, Writer(s), Writing. You can follow any responses to this entry through the RSS 2.0 feed. You can leave a response, or trackback from your own site.