What’s The Cost Per Reader?

I’m one of the few people who is absolutely fascinated by ABC’s Shark Tank. I don’t know why other people aren’t. It has everything in it: ambition, greed, ideas, pitching, money, business, and more.

It’s instructive as all hell and I’ve argued in Comments at another site that Mark Burnett should turn it into an entire cable TV channel because a one-hour show is just too compact and I’m frustrated by not being able to connect all the dots.

It returned two weeks ago and since I hardly watch any TV at all, I didn’t find out it was back until this week.

I caught up with its first return episode and the final minutes got me to thinking about both traditional print publishing and especially about DIY direct publishing.

END_OF_DOCUMENT_TOKEN_TO_BE_REPLACED

How-To: Create Your Own iTunes LP

Really, absolutely none of this is something a writer would want to deal with to create a digital book for the iSlate.

Dealing with metadata and the like in iWork’s Pages had better be masked with a nice sensible form to fill in. Hand-editing XML is a curse.

Coming & Crying: real stories about sex from the other side of the bed

The lack of good storytelling about sex in print feels ridiculous, bizarre. And now that we have on-demand publishers, Kickstarter, and an internet community of contributors and supporters and potential audience looking to fill the very same void, there is no longer any excuse. 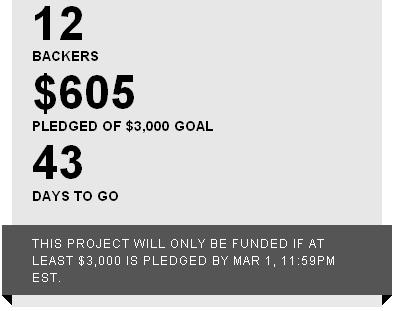 Get ready for the newsstand in your hand 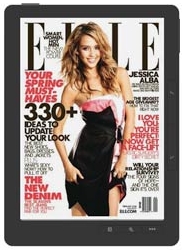 Asus, the Taiwanese manufacturer that pioneered the netbook concept, has given InGear exclusive details of its DR-570 reader, to be released by the end of the year. Asus says it has developed a 6in, high-brightness, OLED colour screen that should run for a whopping 122 hours on one battery charge — and that’s not just when displaying text but under real-world conditions, such as running Flash video over its built-in wi-fi or 3G. If that claim stands up, it would make this game-changing device nearly as energy-efficient as today’s monochrome readers.

OK, now this is exactly what I meant about Asus upping the ante.

If that is true — including the bit about running Flash — this would be very, very interesting.

The Vook web versions of their digital books are powered by Flash and cannot be seen on a Flash-less iSlate (something I hope they will be able to fix by ditching Flash and going all-JavaScript and HTML5).

There are many other magazine sites that are powered by Flash too.

Also, since this is color and will allegedly run Flash, it puts yet another nail into the coffin of the eCrap Axis of E: eInk, ePub, eBook — in favor of digital books.

And that Elle magazine? Currently the digital edition uses Zinio Reader. Which is also available as an iPhone app.

So, has Asus signed a deal with Zinio for content?

The Walt Disney Co.’s theme-park division is quietly working on a major technology initiative that boosters hope could radically transform the theme-park experience.

Details of the project, dubbed within Walt Disney Parks and Resorts as “next generation experience” or “NextGen,” are being closely guarded. But there is widespread speculation among former Disney executives and bloggers who follow the company that at least part of the project involves wireless-communication technology that could be used in concepts ranging from keyless hotel-room doors to rides and shows in which the experience varies based on an individual guest’s preferences.

The secrecy, of course, hasn’t stopped speculation. Though the “NextGen” work has multiple components, several Disney bloggers, including Crawford, have reported that a key part involves the development of radio-frequency identification microchips that could be implanted into park passes or wristbands. Guests would supply personal information ahead of their arrival — from their names and credit-card numbers to their favorite Disney characters — that would be downloaded onto the RFID microchips, which would then interact with sensors deployed throughout Disney’s resorts.

Others would expound on this with a few thousand words of their own. All of them pompous and boring.

All you need to know is to keep an eye on Disney if you want hints of what Apple is up to. Steve Jobs is majority shareholder of Disney. He wants to protect that investment and will push Disney into the 21st century bit by bit.

And all of it will tie into Apple too.

Why not Disneyland and Disney World too?

Now we wait to see what sort of RFID/NFC capability the new iPod Touch, iSlate, and iPhone will have.