The INEVITABLE Changes The iSlate Will Create

None of you pay attention.

Just because people are experiencing things doesn’t mean they have any insight into them.

Those words are in the forefront of my mind as we approach January 26, the rumored iSlate announcement date.

Bob Lefsetz again provoked my thinking with a new post where he recommends a video featuring Apple’s designer, Jonathan Ive.

Since he doesn’t embed videos, I will, after the break.

Now watch this before reading on. It’s worth it.

Have all of you forgotten the introduction of the iPhone? 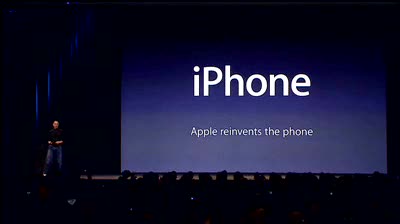 What is the tagline on that slide? Apple reinvents the phone.

What was the phone like prior to that day? This: 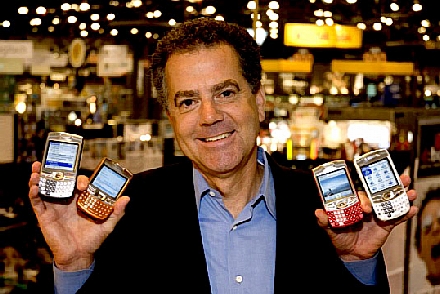 And what was the widespread thinking before that day? This:

And do you recall this from that day? 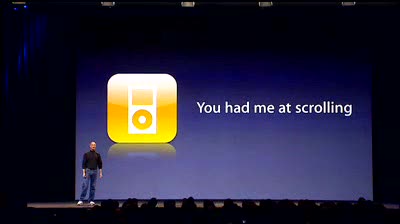 Have all of you forgotten what a revolution scrolling alone was on the iPhone?

Ever since that day, people expect all screens to act just like that. And we snicker — or outright laugh — in scorn when they don’t or when multitouch is laggy or even altogether absent.

Other issues would be, you know, just physically, How do you connect to the product? So, for example, something like the iPhone, everything defers to the display. 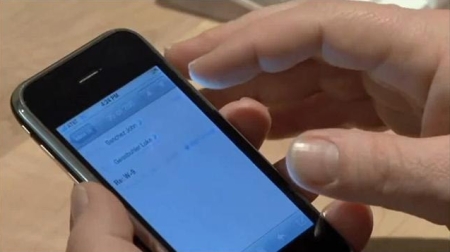 “Everything defers to the display” is no small thing!

A lot of what we seem to be doing in a product like that is actually getting design out of the way. And I think when forms develop with that sort of reason — and they’re not just arbitrary shapes — it feels almost inevitable. It feels almost undesigned. It feels almost like, Well, of course it’s that way. I mean, you know, Why wouldn’t it be any other way?

Do any of you have that feeling right now, sitting in front of a vertical monitor with keyboard and mouse? Look around on your screen right now. How much clutter is there? Scrollbars, browser tabs, cursor or mouse pointer, bookmark bar, URL address box, drop-down menu bar, title bar, and more and more and more.

Is any of that deferring to the display?

Those who see the iSlate as just “a bigger iPhone” should leave the Internet. You have nothing to say, period. Join Ed Colligan in obscure and STFU Now retirement.

Get some damned insight into the way we’ve been forced to do things because of the people trapped in legacy thinking who have forced all of this upon us.

The iSlate is going to change all of that. Apple isn’t reinventing the phone this time.

Everything we are doing right now is going to change to defer to that iSlate display.

The vertical screen and mouse are dead.

Because touch isn’t just how to do things — it’s an entire way of doing things.

Get some insight into this.

Apple created an SDK for the iPhone. All that does is allow developers to follow Apple’s lead.

The iSlate is going to demand much more from developers and from anyone who designs for a screen.

The Internet as we have been experiencing it is over.

A new Internet that is entirely touch-based and defers to the screen is ahead of us.

This is a bigger change than moving writing from hand-scrawled rolled-up manuscripts to bound pages in books with type.

This is a bigger change than moving from ASCII-based Bulletin-Board Systems to the graphic and video and audio Internet we have known.

The fine print of the iSlate is going to overthrow the current Internet. Everyone will design for it as the minimum hardware platform. Stop to think about websites — they’ll no longer chug along and make us steam in frustration. They’ll act as smoothly and as quickly as an app (setting aside 3G FAILs of the sort AT&T engages in).

Just as the Internet has changed everything that was once done, the iSlate is going to change how the Internet itself has done things.

This isn’t about “a bigger iPhone” — it’s all about everything.

And Apple will make it all feel inevitable.

Two Vital Issues ALL Tablets Makers Are Ignoring
Oh Give It Up. Steve Jobs Wins.
The 7 Principles Of Apple
The Fine Print = Apple iTablet WIN!
How To Do Touch Right And Wrong
The iPod Decade And The Steve Jobs Effect
Touch Will Change Everything

This entry was posted on Monday, January 4th, 2010 at 12:29 pm and is filed under Apple, iPhone/iPod Touch, MiniTablet, Palm. You can follow any responses to this entry through the RSS 2.0 feed. You can leave a response, or trackback from your own site.

10 Responses to The INEVITABLE Changes The iSlate Will Create