How Much Can You Take?

Welcome to the frustration decade (and the decade of change)

It’s not nearly the post it should be. In fact, the bit about frustration should be its own post.

What is your breaking point? You’re going to find out. 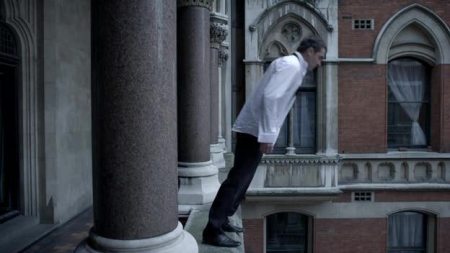 We’ve listened to a year-long whine by newspaper and print publishers.

These are whines from people who are still collecting a paycheck and still have a defined purpose for getting out of bed in the morning.

They work in large corporations that own brand names that have been around for decades — sometimes for generations.

All they need to do is to adapt their businesses and do the hard work.

Instead they are standing around like frustrated five-year-olds — whining!

They complain about how it’s suddenly Not Fair that people are ignoring them and going to other places on the Internet for things like news and entertainment.

Unstated is the fact that their little kingdoms were founded on scarcity and could only survive that way. Now they’ve have been overthrown. The King is irrelevant and the peasants are now self-reliant.

So instead of being men — or even a run-of-the-mill non-sex-specific human being of the adult type — and doing the very hard work necessary to save themselves, they whine to — what? — gather witnesses to their impotency?

In one respect, they do have a point: there are many, many more things out there calling for our attention these days.

Here I am, doing that right now.

And I’m doing that without their fat paychecks, without the overwrought corporate resources they have, without having to own anything except an input device and method of transmission. WordPress takes care of the publication. I do some of the dissemination via something else I don’t own: Twitter.

I bring up all of this because of something Mark Coker of Smashwords asserts here, in his prognostications for publishing. It’s this:

10 years from now, we will all be authors, publishers and booksellers

Setting aside the quality of such works, it’s going to be even more crowded out there for writers.

So consider this: if all those crybabies with the millions of dollars of budgets, well-known brand names, and corporate structures and connections are having trouble connecting — how much harder will it be for you, a solitary, unknown, “brandless” writer?

And I mean writer — not some yutz who got it in his or her otherwise empty yet cheerful noggin that he/she could suddenly put down words on a screen or page and compete against those who absolutely must do that or die.

You can forget the dabblers, in other words. They’ll get no traction — except from a few trusting suckers who one day wake up to eBooks or digital books and decide to try them out and get taken to the egress for their ticket money.

How much work for nothing can you endure before you snap, before you give up, before you want to kill yourself — figuratively, by getting a full-time forever job or actually, in the real life by taking an overdose or diving off a ledge?

This is a very real question you are going to have to consider. And you should do it now, before things get worse.

Via a previous grapevine I was once hooked into, I was given the secret to having some success in Hollywood. I was told that to succeed, you don’t have to be the best — you just have to wear out all of your competition. All of those thousands of people who came to that town with the same dream as you — you’re not competing against their talent. You are competing against their will.

Not everyone who has a dream or an ambition sticks to it.

Not everyone who has the best talent winds up with all the money.

That second part any writer should already know just by looking at what dominates the best-seller lists.

But take that truth and really really amp it up.

How much frustration can you personally take?

Balzac, Baudelaire, Hearn, Nerval, Poe — the five whose spirits weigh on me as symbols of all other writers — have biographies of frustration that are instructive. Read them.

I’ve been down this road once before with this post: Writers: Laugh Last, Laugh Best. That was a year ago. With everything that has happened since, it might as well be a message from another planet.

So again I ask: How much can you take?

You had better find out.

This entry was posted on Monday, January 4th, 2010 at 3:59 pm and is filed under Digital Book, eBook Bubble, eBook Market, Writer(s), Writing. You can follow any responses to this entry through the RSS 2.0 feed. You can leave a response, or trackback from your own site.

3 Responses to How Much Can You Take?