eGether alerted me to the latest fake Apple iTablet video.

Of course, it comes out of France.

France, the country that gave us that fine Editis video. So they have some experience under their belt when it comes to dreaming up things!

See the video and screensnap analysis after the break.

The hardware design is all wrong to begin with. There’s not enough cheek in landscape mode to hold comfortably in one hand without the screen being touched. 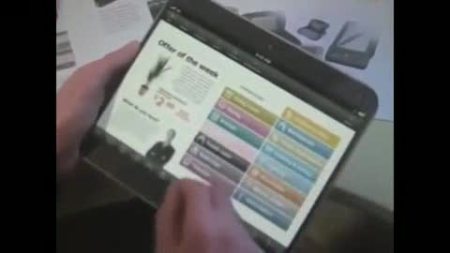 Of course they have images of other Apple devices on the table in the background. To insinuate that this is being looked at by, say, an ad agency for the Apple France account. 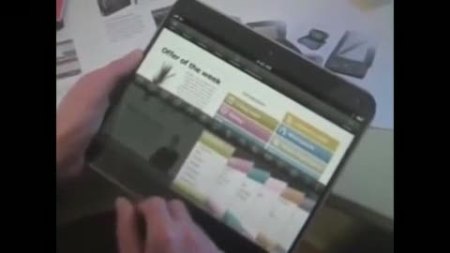 This is where it gets stupid. There is no reason in the world for the bottom command strip to rise to the center of the screen like that. 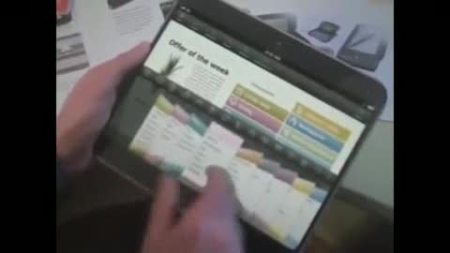 The CoverFlow is especially silly. Proportionally it’s larger than the top area and the “covers” — pages? (PageFlow?) — don’t show much of anything. 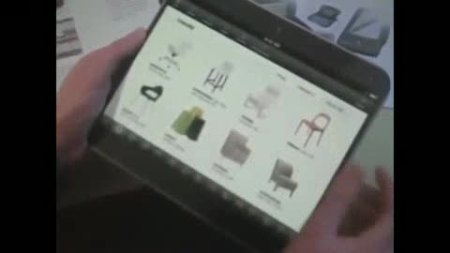 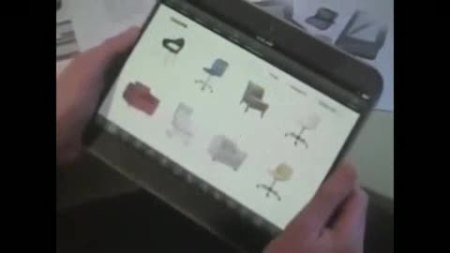 Shaking the tablet to change the selection is just stupid. A nice animation but otherwise impractical. How do you know where you are in the document? And how can you return to the first “page”? 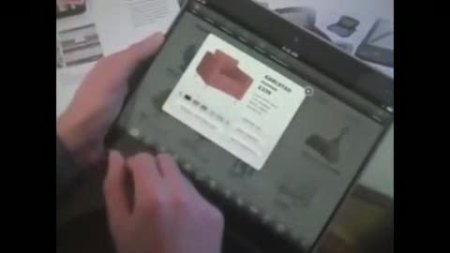 In the YouTube Comments, someone said this would be more convincing if the X was on the left. Eh. Apple could put the damn X where it wants. It should, however, be in a red circle. 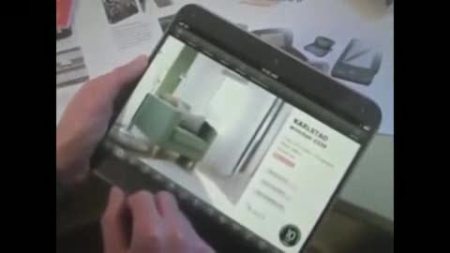 The sliding of the pages is very nice. They really nailed the kineticity and smoothness of the iPhone experience. 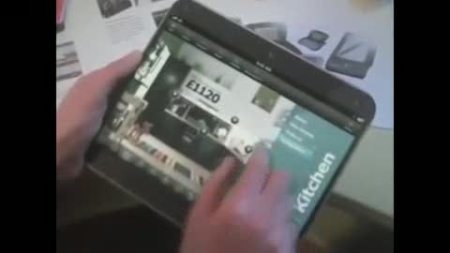 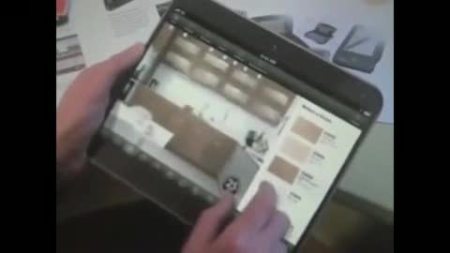 Similarly, the drag and drop to change colors is handled nicely, with iPhone-like speed.

This is a great dramatization of what ideally it would feel like to use an iTablet. It passes the Fine Print Test for verisimilitude.

For driving a nail into the coffin of crappy eInk and ePub, it’s an A+, however. Who would want a Kindle, Nook, or other device after experiencing this?

But, really, anyone who stopped to really think would have imagined quadplexing the screen — being able to split it into quarters to run four different apps at once.

That seems like something Apple would have thought to do.

And could do with the real thing.

How Book Publishing Will Lose: eBooks Vs. Smart Digital Books
Oh Give It Up. Steve Jobs Wins.
One Step Closer To Apple Digital Books
The Fine Print = Apple iTablet WIN!
Hybrid iPhone/Print Book Glimpse Of The Future
The eBook Bubble: Save Your Money!
Why Digital Books Will Win
Disney + Pixar + Marvel + Apple + iTablet
How Steve Jobs Wins, Part Two
What REALLY Delayed The Apple Tablet
What One Big Change Would An Apple iTablet Bring?
ALL eInk Devices: BAD For eBooks!

This entry was posted on Friday, December 11th, 2009 at 8:22 pm and is filed under Apple, Digital Book, eBook Market, eInk, ePub, iPhone/iPod Touch, MiniTablet, Video. You can follow any responses to this entry through the RSS 2.0 feed. You can leave a response, or trackback from your own site.