What One Big Change Would An Apple iTablet Bring?

More than two years since the introduction of the iPhone, it’s difficult to recall what smartphones were like before it.

I recently rewatched the video of the iPhone’s introduction and I didn’t have the same OMFGZ! reaction to it. Because, as is usually the case with Apple nailing a UI, it felt like that’s the way it always should have been done and therefore all other possibilities never existed prior to it. 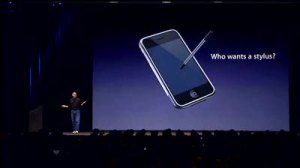 What changes did the iPhone bring?

3) It made The Internet In Your Pocket a reality

4) It brought capabilities no other released device ever had: multitouch and an accelerometer 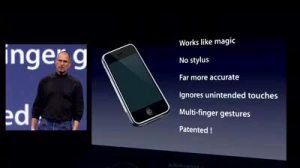 5) People use it so much, it has just about brought an entire national phone network to its knees

In short, because of the lack of friction in its UI, it has empowered people as no other device ever has.

Will this be the case with an Apple iTablet too?

Yes, and I expect it to have a larger impact than anyone is currently imagining.

First, let’s settle the screen size. I twisted myself into knots with some bad math (my usual math!), trying to resolve the current iPhone screen into the same size as a netbook screen. I did this while staring at the iPhone screen in portrait mode. That was the key mistake.

Once I rotated it 90-dagrees and had a Big Hint from @stroughtonsmith, an experienced developer, it became clear: four iPhone screens in landscape mode = iTablet screen. It works. The diagonal is about nine inches.

You can try this for yourself with some copying and pasting and a printout, using the actual screen dimensions blueprint provided by Apple in this PDF. (PhotoShop wizards, if you do an actual-size iTablet mockup, drop a PDF link in Comments for all to share!)

Holding this printout in my hands is very exciting. (OK, so I excite easily. Shut up.)

First of all, it’s really not much to hold in the hand. It doesn’t scream bulk. It screams cute. It also screams Take Me With You Everywhere. This would have no problem being dropped in my shoulder bag. With a sleek thinnish bezel around it, it really wouldn’t be larger than a hardcover book. Being far thinner than a hardcover book, carrying it around would be trivial.

Second, all that screen real estate would make all current applications even more breathtaking than they are on the iPhone. Google Maps, for instance, would show more information. Websites would require less tap-and-zoom. Photos would pop — and I can see people using it as a photo frame while charging. Video at that size would replace television for even more people than a desktop screen does today.

But all that is obvious. What isn’t obvious?

The increased real estate can lead to some very interesting new software.

For example, while held in landscape mode, an eBook reader could display two pages, side-by-side, just like this current online software at The Internet Archive:

But not just that. Imagine having two eBooks open at the same time. This would be great for those who need to do research and deal with more than one book at a time. (Yes, I know Apple does not allow multitasking, but I think they will update the iPhone OS for the iTablet to allow specific and very limited instances of it. This will be yet another test the inscrutable App Store scrutineers will run before approving an app for sale. Prepare for more delays, developers!)

Of course, comic books would then be possible in ways that are superior to the current wee iPhone screen. Maybe even Warren Ellis would finally be enticed into them. (FreakAngels the downloadable eComic, perhaps?)

Anyone who invested in an eInk eBook reader would soon discover they should have waited out the so-called “eBook Revolution.” As for the Amazon Kindle, there would be no reason to buy one. Just download the software from the App Store.

Although one developer I mentioned it to hated the idea, I still maintain that games with twin screens will become the new thing.

Also imagine a blogging interface divided in two. On the left side the fill-in form. On the right elements that can simply be dragged and dropped into it.

But really, even all this everyone has to admit would be mere decoration.

So what would be the revolutionary change the mythical iTablet would bring?

Wait! Don’t touch that dial yet.

If you’re like me, you absolutely hate sitting at desktop uncomfortably staring at a screen that is just about perpendicular. It’s very, very annoying. This is why I think the Internet tends to make people impatient and want things to move along quickly. 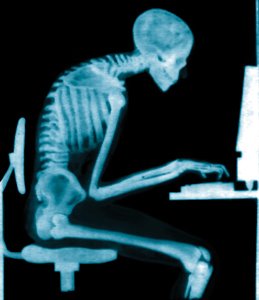 With an iTablet, however, everyone would be able to lounge, at ease, and time would begin to slow down. The pressure of Go!Go!Go! would melt away.

I sit here at my desk daily, overwhelmed with links to sites tweeted to me. I wind up just grabbing text and chucking it onto my LifeDrive (no, I don’t have an iPhone or iPod Touch … yet), to read later, away from the desktop. The pressure to click on something else is off. The spinning wheel of time slows to the speed of thoughtful reflection.

And that is the one huge change an iTablet would bring. It would be an invisible revolution too. Because reading the Net that way will seem so natural, everyone will forget the torment they went through before that point.

That’s why the CrunchPad has been in development. But who will want that when they can get an Apple iTablet?