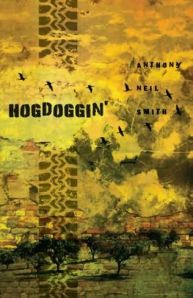 On Thursday, I’ll be scramming from here for the day as writer Anthony Neil Smith‘s crew takes over to have their way with my blog.

All in a good cause — to promote Smith’s new novel, Hogdoggin’!

This is the next book to follow the characters introduced in Yellow Medicine, which I posted about here.

Be here Thursday — or there might not be a blog left for Friday!!

The Long Tail Of Value

A certain poobah of Twitter was touting his book today and I was reading some of the tweets relating this event.

One of them caught my eye:

This is so obvious a concept that I was somewhat startled to see it explained.

Here it is another way:

A convict from Darlington, England, was released from jail after serving three years for embezzlement.

One day, he happened to pass Mayor John Morel on the streets. Embarrassed and completely withdrawn, this convict pretended not to see the Mayor and walked past him. But he suddenly felt the Mayor holding his hands and turned around instantly to hear the Mayor say, in a cheery tone, “Hello! I am so glad to see you! How are you?” The man appeared ill at ease and the discussion stopped then and there.

Years later, according to the story told by J.H. Jowett, Morel accidentally met the same man in another town. This time the young man stopped the Mayor himself and said, “I want to thank you for what you did for me when I came out of prison.” “What did I do?” asked the Mayor, surprised. “You spoke a kind word to me and it changed my life,” replied the the grateful man.

The above is a paraphrase from a Robert H. Schuller book, Believe in the God Who Believes in You (Google Book Search link).

This is what I call the Long Tail of Value.

American business is FAILing left and right because it’s based on squeezing the juice out of every single penny (which is actually a load of crap; those of you who decry wasteful government have no idea of how wasteful business is!).

This is the very antithesis of life itself, which is based on chance, serendipity, synchronicity, coincidence, and the longest possible perspective.

When the Mayor offered his greeting, was he thinking of its ROI? Did he do a calculation to see what was in it for him?

Perhaps this is why businesspeople — so-called — can’t “figure out” how to use Twitter.

They’ve forgotten how to be human beings.

Publishers Vs. Writers: Writers Will Win 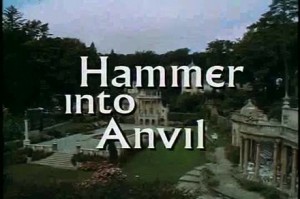 Nowadays, people don’t want to go through the traditional publishing hoops of querying agents and editors. They don’t want to wait. They want their stories and articles out there fast. So, instead of even putting a piece of paper into a typewriter, they simply click open MS Word, write their masterpiece, and the save the file as HTML. Uploaded to the site, it’s instant gratification.

Publishing’s response to this has been something along the lines of, “Yes, but we’re the gatekeepers of quality. We *know* what the consumers want.” Bull puckey. That argument might have once held water, but no longer.

I’ll use myself as an example: my novel PARALLAX is a thriller with Science Fiction/Psychic elements. In trying to get the book sold, all the editors who read it, loved it. But because publishing thinks in terms of labels and how to slot books into those labels, the fact that Parallax blurred the lines a bit meant they couldn’t sell it to the committee and the book never got picked up.

Fast forward a few years and I’m tired of having a novel sitting on my hard drive not earning me any money, so I put it out as an ebook. Lo and behold, reader response has been fantastic. So while publishing might *think* they know what consumers want, that isn’t always the case. And Parallax proves that a well-written book will always find a home with an audience if given the chance.

As far as the quality goes, there is certainly plenty of crap out there. People are impatient and they want to believe that their stuff is gold right out of the gate. So, sure, there is a lot of junk. But there are also some really great writers out there making a decent living from self-publishing their own material. If traditional publishers were smarter, they would take advantage of these ready-made audiences and then look to break that author out into a larger market share.

There are also some very interesting thoughts in part two.

More About the Smart Q7

It’s actually the Smart Q7. I won’t correct the earlier post because it’s also been typoed like that elsewhere, plus I think most search engines can still parse it correctly.

There is a short booklet included in the package. Chippy got it in Chinese. This is a link to a PDF version in English. Update: Yes, it’s for the Q5, but all the buttons are the same, so the instructions should be compatible with the Q7.

I’ve seen this for sale on U.S. ebay (US$199.00 with a whopping US$45.00 shipping charge from China), but only with Chinese-language OS. Apparently there’s an Englishized version of the OS available as a 196MB ZIP download. This is a slow download and can take over an hour.

There is also a very strange forum with cryptic posts.

I’m not sure how practical a device this is.

For one, an hp 1000 mini netbook with Linux OS can be had for as low as US$299.00. That has a far more powerful CPU, a 10″ screen, keyboard, and can also have Windows XP implanted in it. With Windows XP, one would have Flash (not available with the Q7) and can also add Adobe Digital Editions, Sony Reader, MobiPocket Reader, and more in order to access a wide variety of eBooks.

On the other hand, this might be a case of comparing A to B. Each has its functional place. But still, US$250 is a pretty hefty price for the Q7.

Then again, Chippy reminds us that it’s more capable than a higher-priced Kindle.

The punchline first: This device has a domestic (China) MSRP of just US$189.00. Seven-inch color touchscreen, Linux-based OS, WiFi, battery life of 8-12 hours.

Steve Paine (aka Chippy) at UMPC Portal first made me aware of this device via Twitter about two weeks ago. I was very skeptical because the website and ordering instructions seemed sketchy. Being an adventurous lad, Chippy was undeterred and went about arranging a safe way to purchase (via Paypal, rather than the wire transfer methods touted on the website!).

Once he got it, he put it through a live two-hour-plus UStream videocast. All of which I happened to miss (damn you again, Twitter!).

Steve knows I’m interested in eBook developments, so when he saw that FBReader was installed on the SmartQ 7, he did a demonstration just for that.

He also posted several photos at Flickr, one of which I’m cloning because it’s very impressive:

Note that it shows version 0.8.17 pre-installed. The latest version is 0.10.07 and it can do DRM-free ePub. I hope Chippy gets curious — as he usually does — and sees if it’s possible to upgrade FBReader to the latest version.

Since this seems to be a difficult subject for some to grasp, there’s actually an eBook store that attempts to do it right: eBooks About Everything. 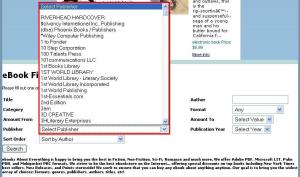 I can understand the need to resort to drop-down menus for newbies, but an actual separate form that delineates each publisher with a checkbox would be best. Shoppers could then look for books from multiple publishers at once. A drop-down menu limits searching to one at a time.

You’ll have to watch the clip to the end …

… and even then the Naomi Campbells in pinstripes won’t get it.

The eBook Test
Create a free website or blog at WordPress.com.