Usually I publish photos in the order in which they were taken.

But the crapcam really did a number on the colors here, so I’m publishing the one that better represents the actual red color first: 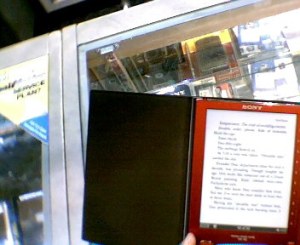 The other photos really make the red look orangey and fugly and loud, but it’s not! 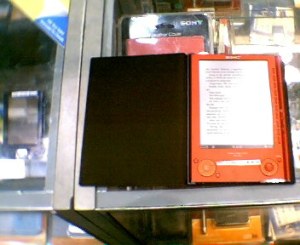 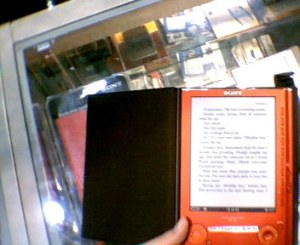 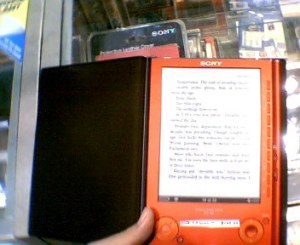 In addition, the cover is padded and has a texture and a deep brown-maroon color combination. The entire thing is just so damned exciting and classy. Not vulgar, like the poor three pictures.

Sony’s done a great job here, offering this special color. I prefer it over the Silver — and especially over the light-sucking Dark Blue.

These photos were taken at J&R this morning, so run and sell out their stock. In-person price is the same as the website: $294.99.